http://stantlitore.com. Novelist and avid reader. “In reading great literature I become a thousand men and yet remain myself.” - C. S. Lewis

Where They Weep No Tears 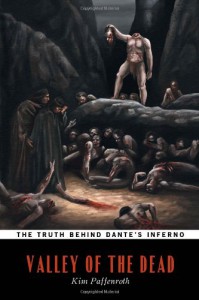 The Premise: Those horrific scenes of hell, those torments of the damned, that Dante Alighieri described in the Inferno? They were inspired by zombies. Dante walked through a quite literal hell of a zombie-infested valley in eastern Europe during the years of his exile. This is the story of that walk.

Why You Need to Read it: Because this novel is equal parts nightmarish and profound. Kim Paffenroth retells a number of episodes in the Inferno, and paints a stark picture not only of the nightmare of the living dead but of the nightmares human beings can be to each other. The most terrible torments, as in the original poem, are those that the damned inflict upon themselves. There is a woman telling her story as the zombie virus slowly kills her in her dead house, vomiting up blood with her words; there are men and women who revel in the pain of others; and most of all, there is Dante and his traveling companions, struggling for hope and struggling to make meaning of the pain and suffering they witness as they travel through a rotting world. The book is smart and visceral, and Paffenroth balances insights about the human condition alongside zombie horror with the calm, unflinching grace of St. Francis of Assisi walking among the dead and dying on a Crusader battlefield. Very worth a read -- it's one of the few novels of zombie horror that both gave me pause for thought and still gives me terrible dreams.

Favorite Quote: “'No,' Dante said sadly, 'no one ever has to do anything.'”